Stay in the barrel: 3 years

Year rated as very good by the Rioja Regulatory Council. Despite suffering a slight frost in mid-April and a hailstorm at the beginning of July which caused some damage to “Viña Tondonia”, the harvest obtained in the 2006 vintage in all our vineyards was slightly higher than that of 2005. As in 2005, in 2006 there was an advance in the sprouting of the vineyard which was maintained throughout the entire vegetative cycle, until the harvest that began on September 25 in “Viña Gravonia” with the white varieties, on October 2 in “Viña Tondonia” for the red varieties. The grapes were harvested normally, despite the light but persistent rain that fell during those days and did not have a negative impact on the quality of the harvest, which for us was very good, thanks to the excellent health of the bunches that arrived on those dates. The grapes entered the winery very healthy, with an average grade of 12.8, very balanced and with a good concentration of coloring matter, characteristics that are essential to produce wines with a vocation for aging, as are all those of our House.

I. VARIETIES: 70% Tempranillo, 20% Mazuelo, 10% Garnacha. II. ALCOHOLIC GRADE: 13% Vol. III. VINEYARDS AND HARVEST: Located in the south of Monte Yerga, the Cuesta de la Reina Farm is a hillside that starts at 450 meters of altitude and climbs up to 800 meters. Its soils are clay-calcareous, poor and with abundant pebbles, is a farm of more than 120 hectares that belongs to the family for four generations and where the vineyard has always been cultivated. Average age of the vineyards 40 years. After meticulous monitoring of the vineyard, the grapes are harvested at the optimum moment of ripeness. The tempranillo variety was harvested in the first half of October, the garnacha in mid-October and the mazuelo in the last week of October and first week of November. The harvest is done by hand, selecting healthy and ripe grapes, rejecting raw and deteriorated ones. IV. WINE MAKING: Fermentation takes place in stainless steel tanks. and with the native yeast. Once the fermentation is finished, it is macerated for at least 10 days. The aging is done in American oak barrels with an average age of 5 years and remains in them for at least 18 months. During this time, three rackings are made. Once the wine is cleaned, it is bottled and kept in the bottle rack before being put on the market for at least 28 months. V. TASTING: Tile red color of good layer. Clean, complex and with good intensity in the nose, aromas of red fruits well combined with those of aging, balsamic, spices (pepper), tobacco and leather. Good structure, tasty, broad, smooth but with character and good harmony in its flavors. Complex and clean via retro-nasal. VI. RECOMMENDED DISHES: Serrano and Iberian ham. Cured cheeses, red meats, game and roast stews, big game and small game.
Escudero D.O.C. Denomination of Origin Rioja
21.50€ Buy now
Tax incl. Bottle 75 cl

vineyard valoria red harvest 1987 Vineyard Valoria Appellation of Origin Calficada Rioja Winery for sale in Our shop Riojawine. shop Origin: Prepared from the selection of Tempranillo variety from places chosen for generations in Rioja Alta, in the municipality of Fuenmayor. Vinification: Fermented with whole grapes and natural decanting, for later aging in large wooden barrels for several years. Finally, it finishes its aging process in bottle, where it will remain a minimum of one year before being marketed. Tasting notes: Garnet cherry colour with tile rim, which indicates its great old age. It is elegant and powerful in the nose, with aromas of pepper, spices and ripe red fruits. Surprisingly light tannic expression in the mouth passage and its prolonged aftertaste. Recommendations: It is the ideal companion for all types of meats, game and cured cheeses. It is recommended to serve at a temperature between 15 and 18ºC. It is advisable to uncork the bottle one hour before tasting.
Valoria D.O.C. Denomination of Origin Rioja
33.00€ Buy now
Tax incl. Bottle 75 cl 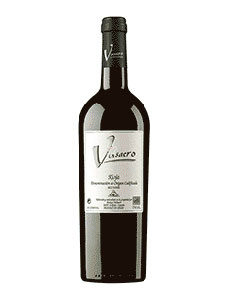 VARIETIES: 40% Vidau, 50% Tempranillo and 10% Mazuelo. II. ALCOHOLIC GRADE: 13% Vol. III. VINEYARDS AND HARVEST: Selected grape from old vineyards of the "Cuesta la Reina" estate on the southern slope of Mount Yerga, on a hillside that starts at 450 m and climbs up to 800 meters. Its soils are poor and stony calcareous clay. It is a property of more than 120 hectares that belongs to the Escudero family for 4 generations, and in which the vineyard has always been cultivated. The Tempranillo variety is harvested in the first week of October, in the third week the Garnacha is harvested, followed by Graciano, ending in the first week of November with the Mazuelo variety. The grapes are harvested by hand, selecting the grapes and transporting them to the winery in boxes. IV. ELABORATION: Its vatting and fermentation takes place in steel tanks for 28 to 30 days. stainless steel, with autochthonous yeasts at a controlled temperature of 30 º C, going up and breaking the hat daily, a long maceration to extract the maximum of color and tannins that ensure this wine a long life. Aged in American oak wood for 16 months. V. TASTING: Dark cherry colour. Intense and elegant aroma of sweet spices, chocolate and ripe fruit with suggestive toasted aromas that tell us of a good oak ageing. Tasty, powerful, fleshy and structured, yet easy to drink, very round. Our winemaker's slogan "Wine is for enjoyment". Valsacro tinto is a vintage wine, so a positive evolution is expected for a minimum of 10 years. VI. RECOMMENDED DISHES: Roasted lamb or pork, game, beef chop, stewed meats.
Vinsacro D.O.C. Denomination of Origin Rioja
17.50€ Buy now
Tax incl. Bottle 75 cl