The production of red Rioja wine in the Heras Cordón family dates back to the 19th century. It is at this time when they built their first drafts, excavated in earth and rock, in Lapuebla de LaBarca, in the Rioja Alavesa. In these early years, production volumes were low, as the wine was intended for local consumption and was dispensed in bulk.

With the Civil War there was a break in the production of its Rioja red wine, and it was resumed shortly afterwards with a modernization of the winery, including the production of wines aged in oak barrels, mainly of French origin.

COLOR: Picota covered with purple rims NOSE: Without moving the glass the wine appears fresh, aromas of black fruits such as plum, cherry and blackberry are appreciated. Shaking the glass shows its olfactory intensity of the aforementioned fruits, interspersed with aromas of ginger, toffee and light roasted notes. MOUTH: In the attack the wine is complex of nuances. The palate is silky, fresh marked by good fruit and salty flavors with hints of
licorice and cassis. The tannins are smooth and well-structured. The weight on the palate is medium-high. The aftertaste shows that it is a very integrated and balanced wine and invites you to repeat.

Villabuena de Álava, where part of the family was already linked to the world of viticulture, was the chosen town where an innovative winery was built and focused on the production of quality wines. The extensive knowledge of the hotel and restaurant industry led Gonzalo Antón to conceive a wine, Izadi, which soon became one of the most appreciated in the world of gastronomy. At the same time, the incorporation of new production techniques and their great desire to continually excel manage to create their own style that is consolidated over time. In 2000, the incorporation to the company of his son, Lalo Antón, promoted commercialization abroad, as well as the expansion of the company, which, under the name of Artevino, addresses the projects of Finca Villacreces (DO Ribera del Duero), Bodegas Vetus (DO Toro) and Orben (DOCa. Rioja). The commitment to quality, the link with gastronomy and attachment to the land are the fundamental pillars on which Bodegas Izadi is based.

Intense ruby color with tear stained. Great complexity of aroma with notes of red fruits well assembled with aromas of fine woods and smoked. In the mouth it is savory, velvety, with a structured mid palate and a long and persistent finish.
Izadi D.O.C. Rioja
15,70€ Buy now
Tax incl. Bottle 75 cl

Bodegas Riojanas controls more than 300 hectares. Of the best vineyards in Cenicero, San Vicente de la Sonsierra and nearby towns. The grape that is par excellence harvested in Rioja is Tempranillo, but Bodegas Riojanas also has one of the largest extensions dedicated to Mazuelo and Graciano within the Denomination, varieties that give the wines it produces a greater personality. The different vineyard plots are located on clay-calcareous soils of Miocene origin, suitable for producing the highest qualities. At the beginning of October, once the heat of the summer is over, the harvest takes place, which is more than just harvesting the grapes. The choice of the optimal time for harvesting, the productivity of the vines, the selection of the grape consignments destined to elaborate the different types of wine from the winery ... Everything will influence the characteristics and final quality of the wines obtained. The grape consignments from old vineyards are collected in boxes, to prevent the pressure produced by the weight from breaking the grape grains and arriving in the best conditions at the winery. Once there, they undergo a meticulous manual selection bunch by bunch, thus producing the wines that constitute the maximum exponent of quality at Bodegas Riojanas. 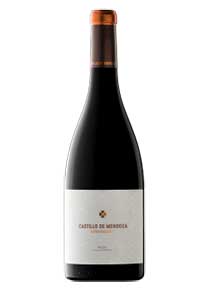 Equipped with the best technology, the new cellar, 2,800 square meters, combines the modernity of its facilities with a draft of barrels dug out of live rock following the centuries-old tradition of this emblematic Rioja region. Castillo de Mendoza Author organic wine is a wine made from Tempranillo grapes collected and transported in small capacity boxes, selected manually on the table to be destemmed and crushed. Controlled fermentation in a small stainless steel tank. Malolactic fermentation in new fine-grained and medium-toasted French oak barrels, following an aging in them on their lees for 20 months and a minimum of 12 months afterwards in the bottle before going on the market.

The Barón de Chirel wine arose in 1986 as a result of an experimental production from a selection of grapes from very old vines, between 80 and 110 years old, of very low yield and high quality. From the results of this test, the one that will be the forerunner of what could be called Rioja's new era wines is born. This wine is produced in a very limited way in only the great vintages, where the character of the vineyard and the soil are expressed. and of variety, within a harmonious whole. From the 1995 harvest, Riscal manually selects the grapes for this great wine with the installation of selection tables. Riscal is the first winery to introduce this system in Spain, marking a milestone in the production of quality red wines. de Chirel ferments at a controlled temperature of 26º, in small capacity Allier wooden vats. This is followed by malolactic fermentation in fine-grained Allier oak barrels. Aging will last between 18 and 24 months, depending on the characteristics of each vintage. Once this is finished, the wine is bottled, passing a refining period of no less than 2 years before going on the market

Nice cherry red color, high and dark robe. Powerful aromatic intensity, where the toast and spices contributed by the Allier oak stand out. Candied black fruits. In the mouth it is fresh and creamy, soft and elegant tannins, with a long and balanced finish. [caption id = "attachment_17290" align = "aligncenter" width = "1920"] 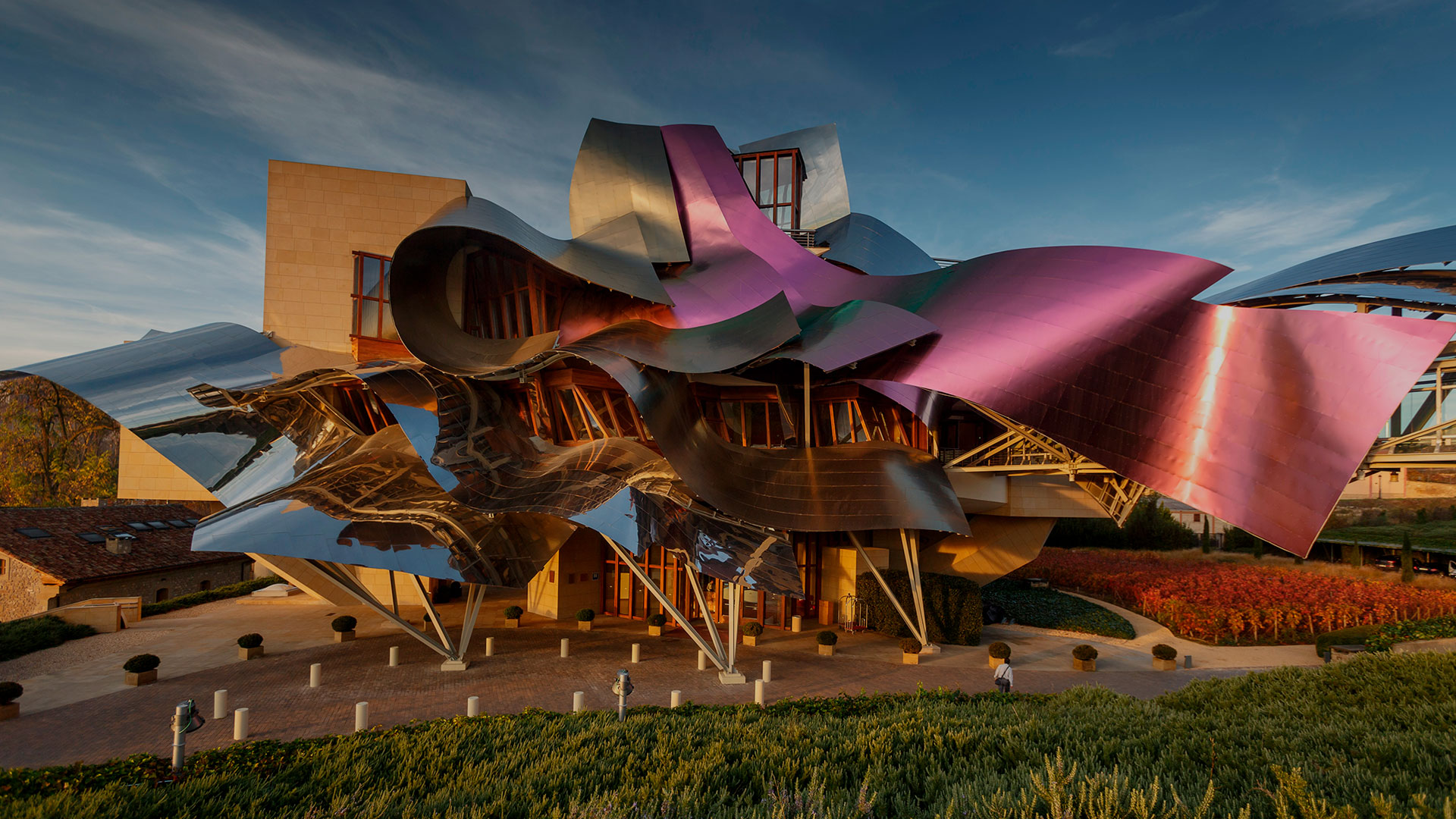 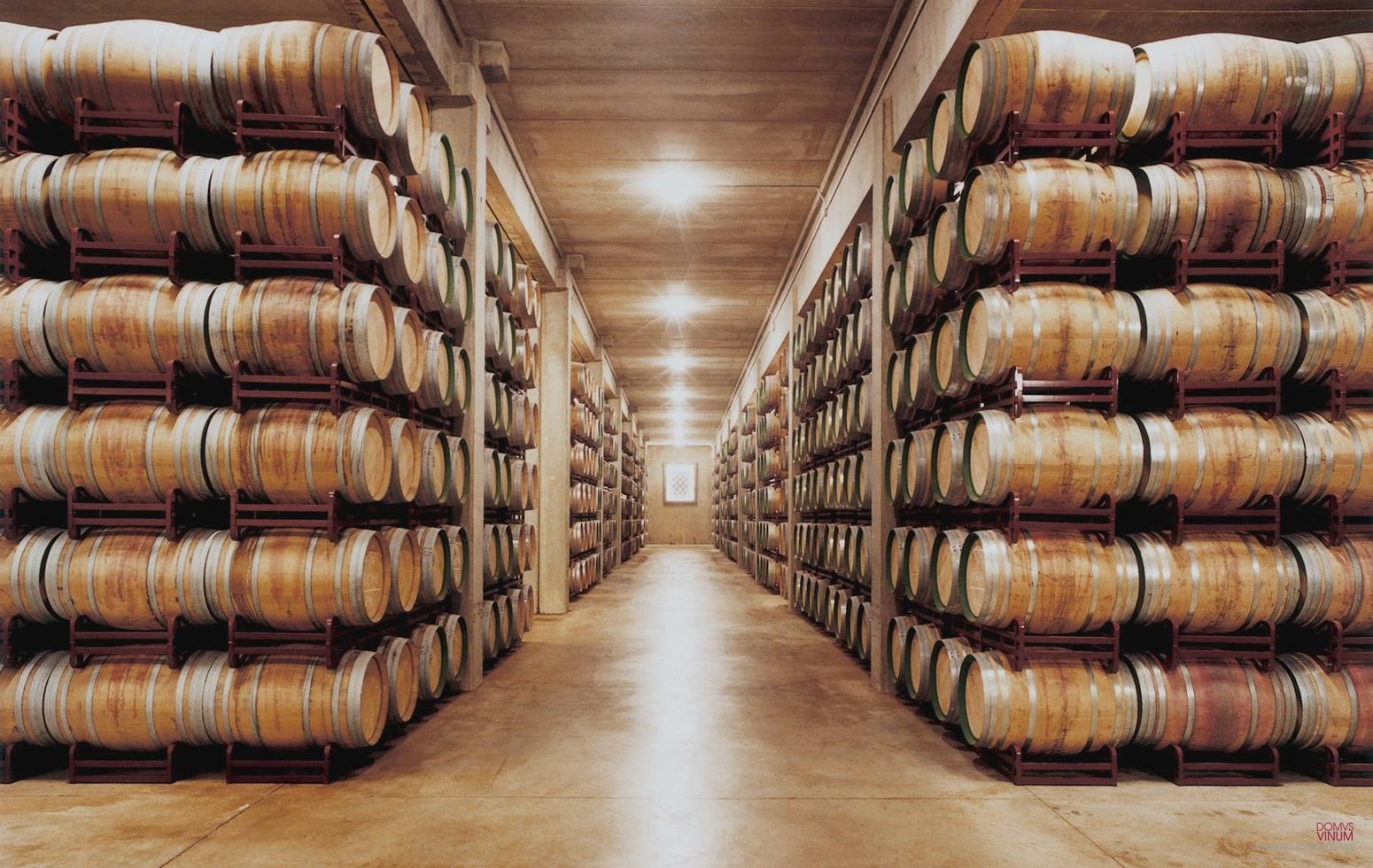